Singapore’s team for the Asia Expat Pool Challenge is made up of a mix of expatriates from across the globe, meeting each week to practice and compete with each other – and socialise after a hard day at the office.

The team first got together in September 2012 when there wasn’t an Expat Pool scene per se in Singapore, with founder David Gardner using Social Media, including his connections on LinkedIn initially, when the following was to attract the attention of what became the core of the team!

‘This is a group for Expats in Singapore to meet up for a few beers after work, socialize and have a few frames of Pool!! Simple really.’

SEQ’s now has a respectable following on Twitter and its own Facebook page – and has over 130 members of 33 different nationalities when last checked! A true reflection on the modern multi-cultural Singapore, which is a melting pot for a great variety of expatriate professionals.

What is perhaps unique about SEQ’s is that it is not formed out of players from a specific bar or pool league, instead, changing the location of where they meet each week to play and, through growing connections, challenge other local and expatriate teams – and grow the group by attracting new members. Of the existing members, there are competitive (and social!) players and social players, with the former making up the travelling contingent to Jakarta in September.

The majority of the players in the SEQ’s team are male, mainly from the UK, USA and a broad swathe of Asia, and ranging in age from 30 to 45 with professions as diverse as Engineers, Lawyers, Financial Advisors, Accountants, Teachers and Managing Directors – but all united by a shared passion for 8 Ball pool!!

For this, the first International tournament for the team, 20 players will be travelling to Jakarta in September when SEQ’s are looking forward to getting the AEPC under their belts, and then continue to build the team towards future events.

It’s difficult to predict where in the standings SEQ’s will finish in Jakarta, however, the team is made up of serious Expat pool players who really are not fond of losing, and bring many years of experience to the table having previously played competitively in their home countries and elsewhere, and now in Singapore.

A SEQ’s player to watch out for in September is Rico Santiago, from Manila in the Philippines where Rico started playing pool at the tender age of 12 years.

In Rio’s own words, “Back then, tournaments were rare and at the age of 15 I was already playing serious pool but didn’t consider myself a pro, but I was learning how to hustle!”.

At the age of 17 Rico moved to Canada and started playing there when he was to meet pool star Alex Pagulayan who has won numerous world championships.  It was then that he had his first taste of tournament play. The tournaments Rio played were at entry point level and, although he lost more games than he won, it did give him invaluable experience at a higher level. Rica plays all forms of the games from 8 ball, through 9 ball to 10 ball.

After living in Canada for 15 years Rio moved back home to Manila, though at first he didn’t play a lot because he had lost contact with people and the country has changed so much. After a while, however, he found the pool table calling him back and has since played regularly, first in Manila and now, very pleasingly, since relocating to Singapore.

Finally, SEQ’s are ready for battle in Jakarta and enormously looking forward to the event where they hope, and maybe even expect, to bring off a few surprises!! 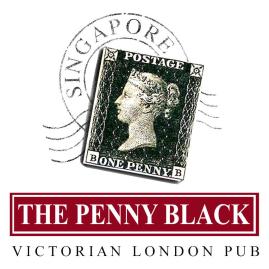 One thought on “Singapore Expat Qs”